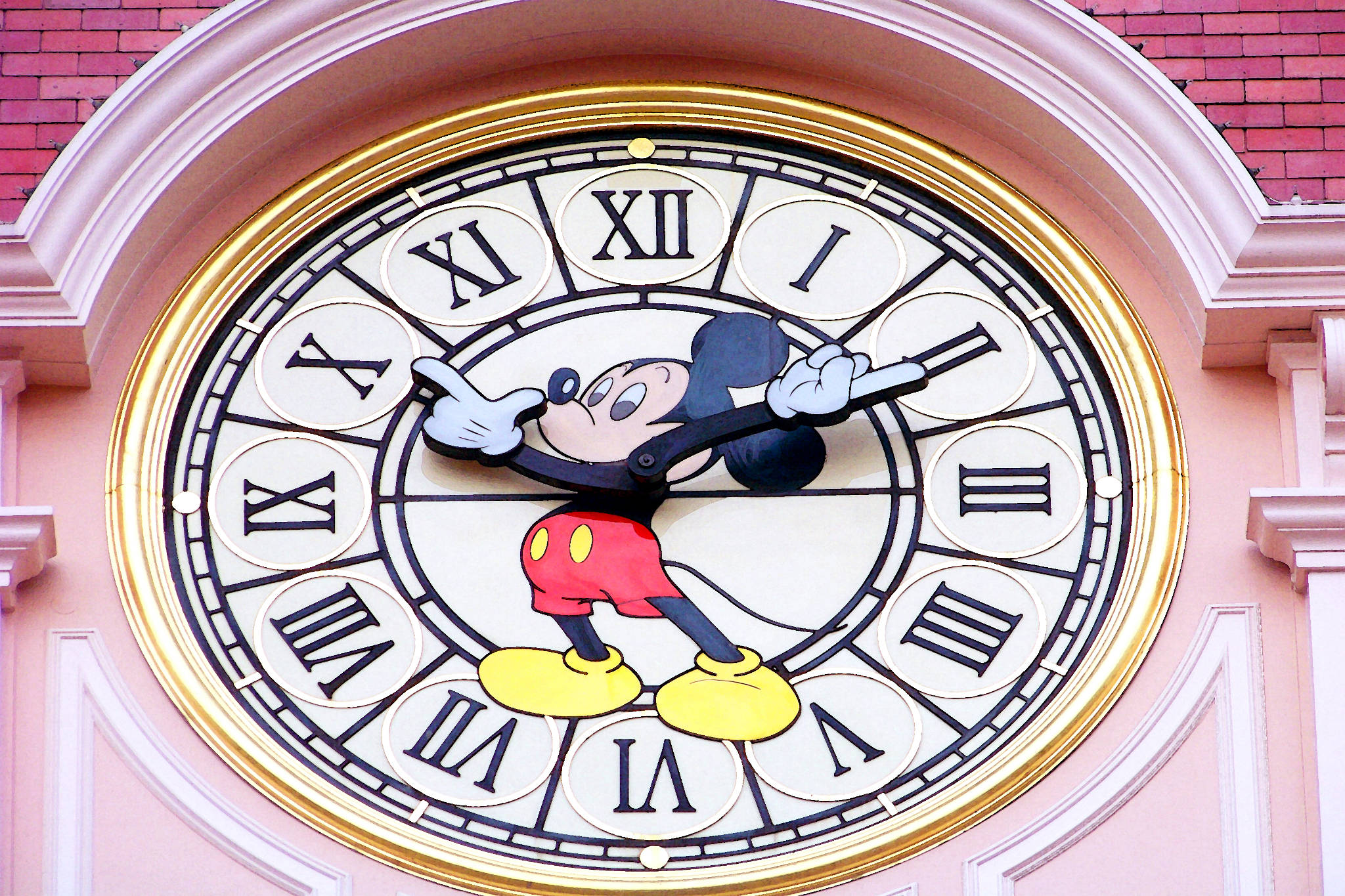 MICKEY MOUSE or the genious of a mouse

Tiny, with a little belly his face in the shape of a pear topped with two big ears, his nose reminds me of a big olive; it usually wear short red panties where two big buttons shine. Without forgetting his white gloves and is shoes still yellow. Since its creation in 1927 this adorable mouse has undergone very little transformations !

Unlike ordinary mouse, «  Mickey » possesses a power of attraction to which no one can remain insensitive. It succeeded in provoking everywhere, in all places and whatever the time or civilization, some form of irresistible smile. We can now say that the charm of this mouse very peculiar has seduced, in more than half a century , someone 60 billion of individuals whom she knew to become the friend.

It’s interesting to ask why the graphics of this little character, stylized to the extreme, know of a general membership on the part of the children, of course but also adults af all ages and cultures.
Despite all these years Mickey is still as young and continues his fabulous world career, but on a quieter pace than on the first day. Take the most of this days to dazzle the young and the great during somptuous parade in the alleys of Disneyland Paris or Disney World Florida USA.

In fact nothing can explain the universal charm of Mickey. Its notoriety and uniqueness surpasses and by far all the aspirations that the talent of its creator Walt Disney could have.

Its some line of pencil to transcend the frame of the drawing to reach a fouth dimension and realize the aspirations af all .

Long live Mickey and the magic that accompanies him !!

Professional photographer based in Montélimar - France , I will accompagny you for all your photographic projects …. Wedding, report, travel, spinning, etc …